Why prices for the older 4th generation Mitsubishi Delica Space Gear keep climbing at the auctions in Japan (and here in Australia) from mid-2020 and the same situation will clearly be going well into 2022?

Mitsubishi Delica has always been extremely popular and affordable import from Japan. Russia, Great Britain, New Zealand, Australia - this is just a short list of countries which have been importing those people movers in great numbers.

There are lots of friendly online communities (on Facebook, Instagram, TikTok) of like-minded people all over the world dedicated to this model. Businesses around the globe specialise on spare parts for MMC Delica.

Yet starting from mid-2020 we have seen a clear trend: sharp increase in price at the auctions in Japan and surprise-surprise: the prices for old shape Delica’s (2000-2006) went through the roof!

Now it is not uncommon to see a 2005 Space Gear to be sold not only for much more than the next gen D:5 but also on par with a low mileage luxury Nissan Elgrand E52 5-7 years younger!! 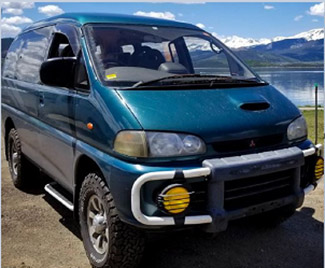 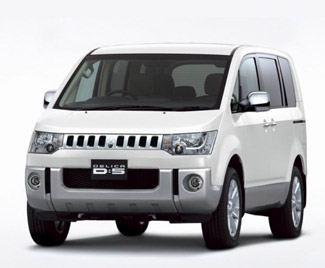 Let's explore why this is the case.

Since 1980s, Mitsubishi has been very well known as a car brand producing great 4WD vehicles as well as people movers so no wonder that at some point they decided to combine the two. For those still wondering what car I am talking about, here we are. The Mitsubishi Delica.

If you are a fan of people movers but at the same time don’t mind to get your car dirty then unfortunately you don’t have too many options here in Australia.

And most of all now, as covid hit us all with closed borders, lockdowns and while the whole country have been sitting at home, every single family started to feel an urge for exploring our beautiful country even more than we did few years ago.

Let’s have a look at the two latest generations of this very interesting vehicle.

The fourth generation Delica (released in May 1994, also known as Space Gear and L400 Series) shares its engine and transmission with the Mitsubishi Pajero.

And as many car fans know very well, Mitsubishi Pajero’s have always participated in various off-road racing events like Paris–Dakar Rally, and won quite a few trophies too.

Available in 7 or 8 seater, high and low roof versions, they can also have dual sunroofs.

In 1996, the Delica was upgraded with a facelift model. The upgrade is mostly cosmetic with changes to the lighting clusters and front body panel, with the integration of a moulded bumper in place of the original three section bullbar. The engine was upgraded with an electronic control type distribution type jet pump and an electronic sidestep was made standard on the higher spec versions.

A final facelift was released in Japan in August 2002.

It is available in a 7 or 8 seater, featuring Mitsubishi's AWC (All Wheel Control) four wheel drive system and a 4-cyl 2.4 L petrol engine.

Unlike most minivans available in Australia, the Delica D:5 is designed with off-road in mind, offering the in-cabin selectable 2WD, 4WD and centre diff lock controls.

Compared to the previous generation, this one has a clear evidence of its highly efficient use of space: it has 20mm greater ground clearance yet with 100mm lower overall height, and 100mm greater interior height (!!).

It will easily fit a big family of adventurers: the Delica D:5 seats up to 8 passengers with very ample head and leg room. Optional captain's chairs (with folding arm rest) are available and there are heaps of storage compartments throughout the vehicle. 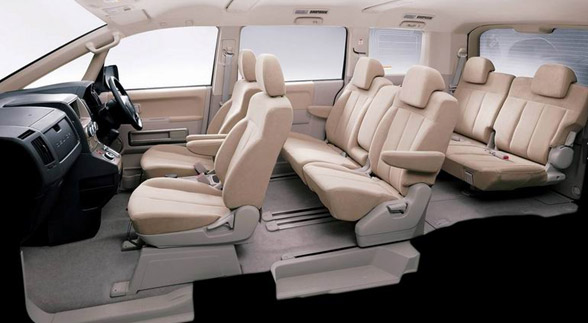 Those thinking not only about the places to visit on the next road trip but also how not to break the bank considering the fuel prices at the moment, will be happy to know that unlike the Delica Space Gear (either petrol or diesel versions), the D:5 uses just 9.6L / 100km in city cycle (and can do even better on the highway).

In January 2013 the clean diesel variant of the D:5 has been added, which comes with Mitsubishi's brand new 2.2 L 4-cylinder turbo diesel engine which has a fuel consumption of less than 8L / 100km (!).

Importantly, body corrosion resistance has been vastly improved over the Delica Space Gear, thanks to rust resistant steel, better under floor sealing, and use of more undercoat. Another great novelty is that fender panels are now made of a plastic resin and are thus not susceptible to rust, are lighter, and will recover from minor impacts.

Speaking about anchor points, in 8-seaters the 2 outer seats of the centre row have them. They both have Isofix/Latch and a tether anchor on the back of the seat. The middle seat only has a lap belt. There are no specific child seat anchors on the rear row fold down seats but the 2 outer seat positions have normal 3 point lap/shoulder belts, and the middle seat has just a lap belt.

In 7-seaters there are three child restraint anchors - two in the back row and one in the middle row. The middle one is on the driver’s side.

Although available in either front wheel drive or 4WD, only 4WD Delica D:5's are eligible for import to Australia.

The Dimensions of Mitsubishi Delica D:5 :


In 2019, the Delica D:5 got a very refreshing facelift with "Dynamic Shield" design language, having a 10.1-inch infotainment system and e-Assist.

You can clearly see that this generation of Mitsubishi Delica combines best of both worlds: a spacious people mover with functionality of a very capable 4WD vehicle.

By looking at the price range of these two generations of Mitsubishi Delica at the auctions in Japan, one can be amazed that the older 4th gen often gets more expensive than the newer D:5!

The main reason for being more expensive (if we look at the cars with similar mileage) is that the Delica Space Gear‘s are more of a ‘true’ 4WD vehicle, the ones for adventurous souls, or for families who want to go further on a remote beach on a sandy island somewhere in Queensland or WA. The Delica Space Gear’s feature Mitsubishi's Super Select system which allows for 2WD (2H), constant AWD (4H), high-range AWD with centre diff lock (4HLc) and low-range AWD with centre diff lock (4LLc). This literally allows you to go pretty much everywhere you’d like! And there’s a great demand in proper off road + family size vehicles since mid 2020. We are relying less and less on international and interstate holidays for obvious reasons.

Whereas the fifth gen (D:5) looks and feels more civilised, don’t be fooled by its looks! It will still get you out and about much further than any other people mover can. My wheels for this summer holiday is 2011 D5 Chamonix. We love that we can fill it to the brim, escape the crowds and drive to a beautiful and nearly empty 4wd beach mid-week. It’s a short 20 min drive, yet every time it feels like we are on a special holiday miles and miles away + it helps to recharge our “batteries” a lot quicker. Absolutely priceless.

I hope this information is useful and you enjoyed reading this post. If you have any questions, please email me: info@bestpeoplemovers.com.au

IMPORTANT REMINDER: 1st of July 2022 the Australian Government bans all petrol and diesel imports into the country and Delica is also under the axe. If you prefer to buy a fresh import, you need to be pro-active as have only a few months left (time of this publication is Jan 2022) 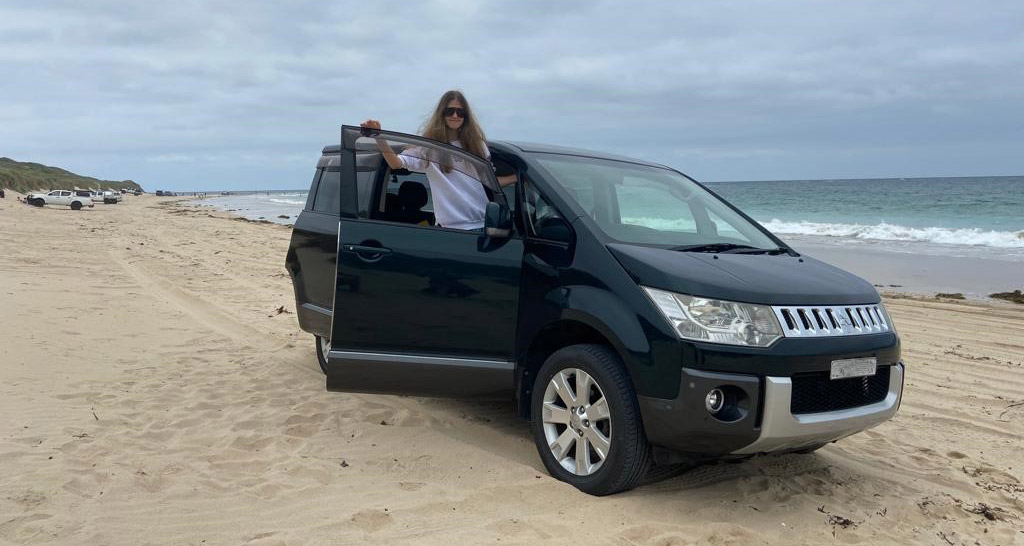 P.S. You can view our current stock on Mitsubishi Delica here.

Photo credit: Internet and my own