The New Import Regulations for Australia: petrol and diesel people movers are leaving the chat

Last week I had a few people contacting me about my Thursday’s email video on the new import legislation. Not everyone got it. 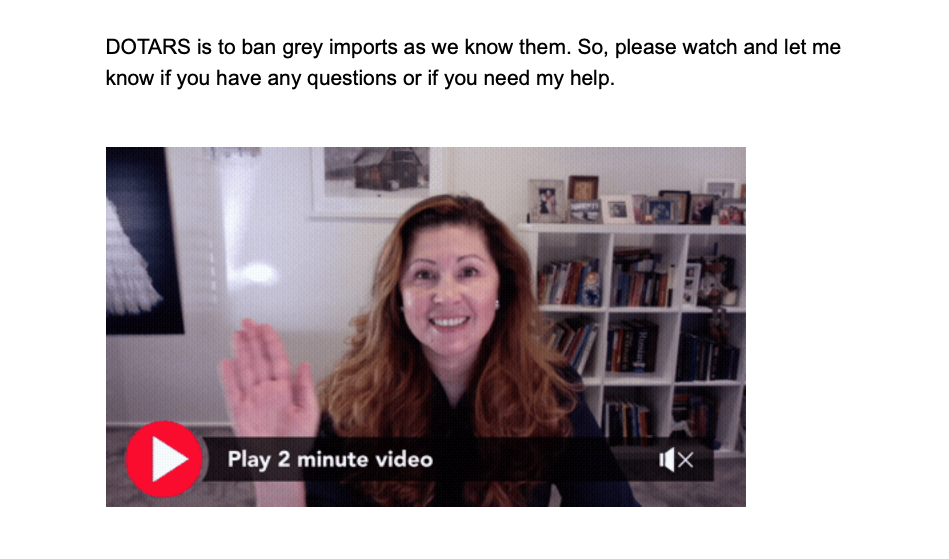 So, let me break it down for you:

The Government has been promising that a so-called parallel importation period will last for at least another 12 months in order to have a smooth transition from the old to the new scheme.

Why this promised transition period is suddenly cancelled?

My guess is that the big dealerships have been triggered by the fast-growing sales of grey imports in the midst of COVID, when people stopped flying and opted for the auto-based travels.

What vehicle suits a family road trip better than a MPV?

And what MPVs are premium, full of tech and offer great value?

So, despite disrupted shipments from Japan, nearly every Australian importer doubled their sales in 2020-2021. And it disturbed big dealerships.

As one of my customers mentioned, “the lobbying group is singing with a louder voice”. Can’t agree more.

Let’s have a look at what this coming change means for you and your family.

If you can afford a 35-40k + people mover (I’m talking about good quality hybrids, not worn out or the ones that are breathing their last breath) from Japan and you drive mainly in the city traffic, stop-start scenario, you’re fine.

However, if your budget is 25k and under and you drive a lot on open roads (hybrid people movers perform worse than V6 on highways), you have only a few months left to get yourself an affordable, stylish and fully optioned family vehicle. 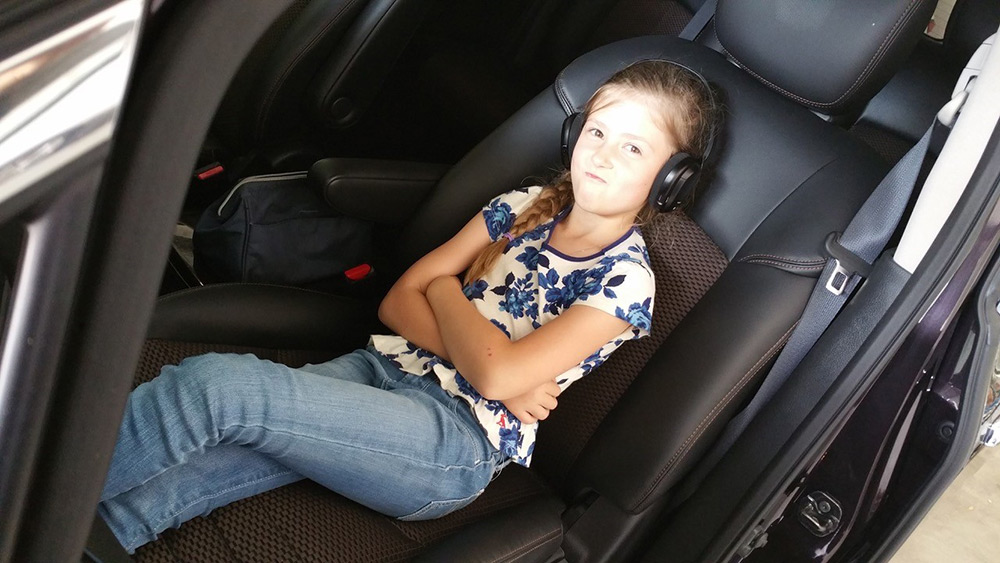 Let me give you an example:

- We can easily import a brilliant V6 Estima or Elgrand under 20k that will bring a smile to your face every time you get inside and that you’ll own for many years without excessive maintenance bills. 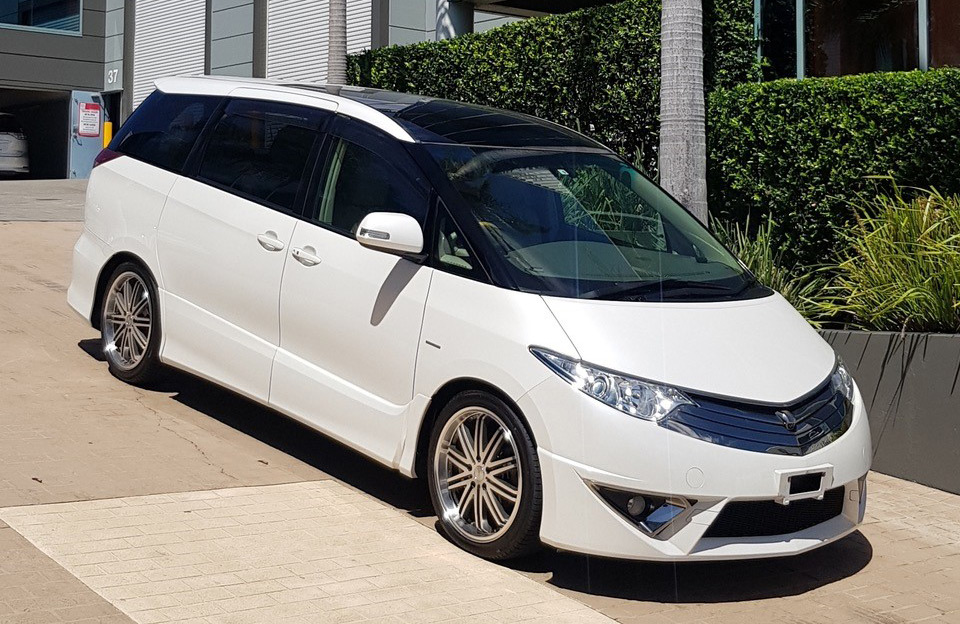 - In contrast, we've tried so many times to find ANY good hybrid around 20-25k at the auctions in Japan. Mission impossible. If it's a good car, as in genuine mileage + non-accident + well looked after, it costs a lot more and then we also need to factor in the cost of a battery (up to $5,000 atm).

I’m not the only one thinking it’s a very poor and lobbied decision.

This really upsets me on one hand and is quite concerning on the other.

So called government experts consultants said there is only a difference of roughly 2 percent on buying a local vehicle vs an imported Vehicle. They claim that the Australian industry provides great value for the consumer.
The risks with the imports are not worth it.

They claim they are protecting us.

Really? We as adults make very informed choices hence why we choose imports over Australian vehicles. They represent better value for money all around.

The very reason they are saying is actually why we did the imports in the first place. Just look at the price of Taragos online compared to Estima. Taragos and any Aussie network imported cars are always dearer.

I doubt an Elgrand from Nissan would be this financially viable. Through Nissan new it would be 100 000 dollars.

The risk here is the government being persuaded by the Australian Car dealership association. We have known this for a long time.

The Grey importers have known this for a long time.

I been to one of these bureaucratic meetings apparently, they hold every month or quarter.

It’s pretty much representatives from all the major dealer networks bullying the small importers and telling them what to do.

Even the whole Takata airbag incident. They said they would not honour any airbag and it was up to the importer to fix the cars airbag. Ironically this bullying directive coming from the actual company who made the car and sold the very same faulty car!

It’s never been about risks or safety.

Is them controlling us. Corralling us consumers to have less choice to the point we have no choice that we go back to these dodgy dealerships and get ripped on new cars, used cars and the Stealership servicing as importers provide cheaper servicing too.

Under the proposed rules, “the range of vehicles eligible for consideration under specialist and enthusiast categories will be expanded, and importers will now be required to meet only one of six eligibility criteria instead of the current two out of four eligibility criteria requirement”.

On the surface it sounds good. It’s quite more difficult and complex.
Australia stands to lose hundreds of jobs if they totally shut down the Grey Import and parallel import scheme.

Not to mention we lose the power of consumerism choice.

And here’s also a few screenshots from the same conversation in the group:

So, business as usual for now.

And if you’re serious about buying a V6 or 2,4L import, don’t delay your purchase till the last minute. We already have delays with the shipments ex Japan. The closer we’ll be getting to the cut-off date, the more difficult it will be to ship out.

P.S. Have a look at what cars are available and coming from Japan soon here. 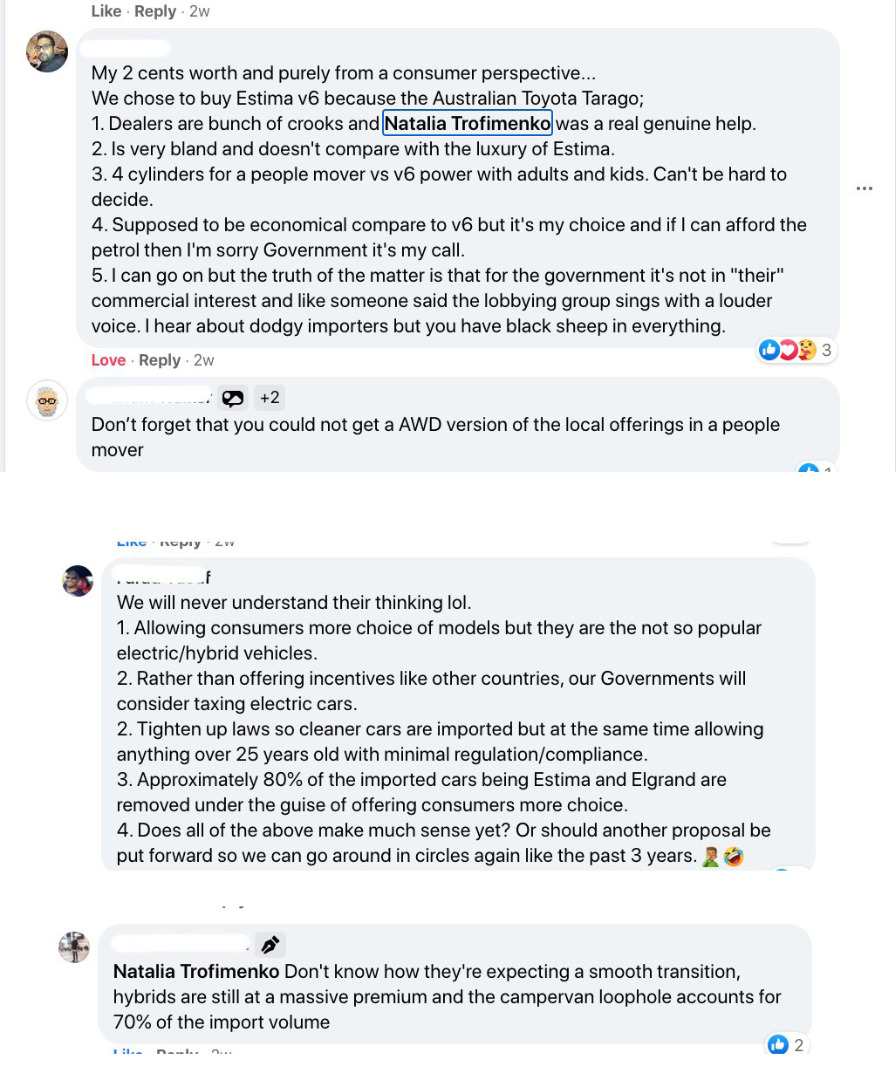 P.P.S Want to know more? Feel free to Join my email list to stay connected + be in the know which vehicles are coming and which ones are going, which models are hot, and which are not.